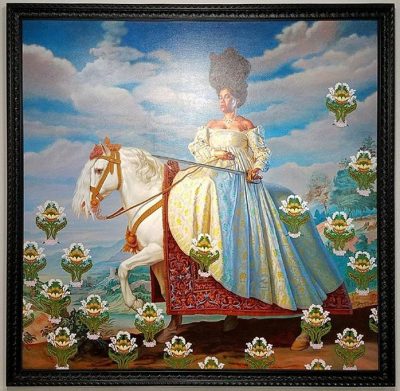 Not all works were as politically motivated and controversial as the above-mentioned pieces. The overall consensus regarding what collectors were buying and why was that there was a conservative and thoughtful approach to purchases. Many collectors are more concerned with investment value for the art they purchase and look to advisors and evidence of proven tract records within the primary and secondary markets. Many galleries included new-to-Basel artists as a way of diversifying the traditional parade of named artists that usually litter the floors and walls of the enormous convention center.

British Galleries were selling well with the changes in currency exchange since Brexit. The British owned galleries we visited were anxious to assist clients with information and negotiated prices. European and Asian Galleries offered a variety of smaller pieces by well-known artists. A South African Gallery exhibited works with political overtones.
Some of the more popular artist of this year’s fair was Yayoi Kusama, with dotted paintings at several galleries, many with the asking price at $1M or below. Gagosian Gallery proudly displayed Jeff Koons enormous Blue Diamond sculpture, one of ten or so similar works with different colored stones, all being offered at $3M-$4M. George Condo’s market is rallying in 2016 and several galleries offered his paintings with prices ranging from $150,000 for small works to $1M for his oversized paintings. Jean Dubuffet was the sweetheart of many galleries that offered older works prior to 1950s to his latter more colorful works from 1970s being offered for $2M at Landau Gallery.

Some of the artworks that were limited or missing from Basel this year include Jean Michel Basquiat paintings that were very few and far between with an asking price of $3M-$4M for mid-size wall pieces. Not many of Warhols graced the walls of numerous galleries as in earlier years at this this fair. Smaller Richter’s were available, but the large masterful pieces were tied up at auction instead. Also missing from Basel Miami were Damien Hirst paintings, which appeared in large quantity at Art Miami this year instead. Also in minimal supply were digital, video artworks and new technology pieces.

This year’s takeaway from Basel Miami is that savvy collectors are using advisors and researching artist and markets before jumping into purchases above $250,000. Buyers were much more discerning when it came to what they wanted to purchase. Prices for blue-chip works are higher than ever, but galleries were willing to negotiate on many of the artworks. It doesn’t seem to be a good time to roll out new young unproven talent for dealers unless willing to price the pieces conservatively. Suffice to say, Art Basel Miami is a good barometer of the state of the world as seen in the works presented by artists and the works that were sold to collectors. Despite the rallying of the stock market, collectors were not as confident as the market has experienced in past years. 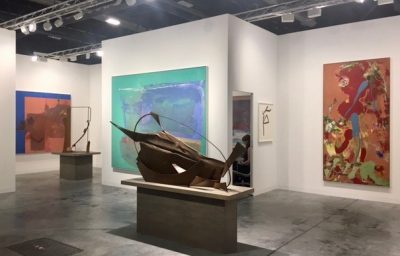 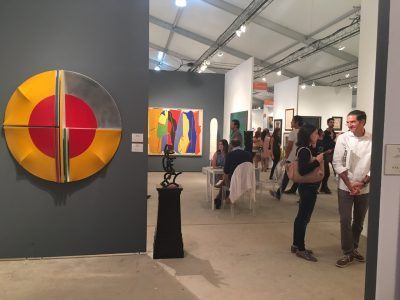 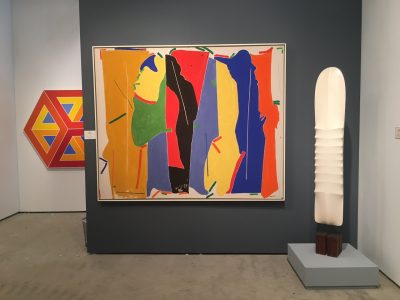